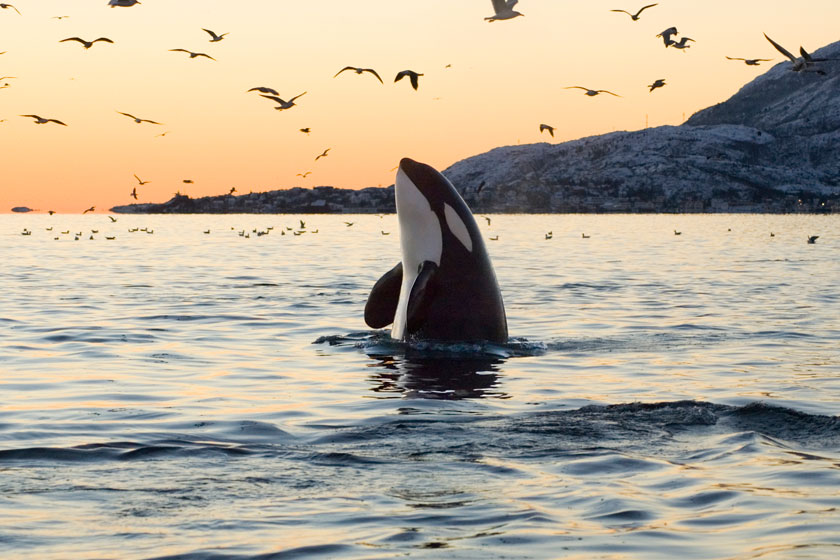 Not too long ago, it wasn’t easy being a whale. In addition to being hunted to the point of near extinction, the general public’s lack of knowledge and awareness resulted in mistreatment, suffering or worse.

And even though the world still has a long way to go when it comes to giving whales the respect they deserve, we’re improving! Each day brings new information and new policies that give whales a brighter tomorrow.

Want to know more? Here a few reasons why being a whale in 2014 is kinda great:

We know more than ever

It’s hard to believe, but before 1970 our knowledge of whales was limited to dead whales from the whaling industry and descriptions from Moby Dick (which wasn’t a particularly helpful source either). But today, the most valuable information comes from the study of wild, living whales.

The Southern Resident killer whale population, which frequent the waters around Victoria BC, are the most studied population of killer whales. Much of what we know about killer whales comes from studying these whales, including social structure, social behaviour, individual behaviour, and interaction with other mammals.

Don’t forget too that social media and technology has played a big role in our understanding of whales. Everyone has a camera now and can’t wait to capture and share the amazing things they see, like this incredible video of an orca stunning a sea lion.

Regulations are always changing to protect the whales

Professional whale watchers and recreational boaters must adhere to a strict set of viewing guidelines that keep the whales safe and undisturbed. If these rules aren’t followed, companies or individuals may face hefty fines and a long-term ban from the industry.

These guidelines are always being updated to reflect new information and to keep the whales’ best interest at heart. As thrilling and exciting as whale watching is, we can’t forget that our presence has an effect on wildlife and their habitat, and it’s up to us to reduce our impact.

In 2002, a sickly young killer whale was found orphaned in Puget Sound, about 650 km away from her home off northeastern Vancouver Island. After her mother had passed away, she failed to join another pod of killer whales and was quickly deteriorating in health.

But thanks to an international, multi-agency effort, Springer was captured, rehabilitated and successfully released back into the wild.

Springer was eventually re-adopted by her family in the Johnstone Strait, and today is a mother herself! Her calf, named Spirit, has made it through the first year of its life—the toughest time, in terms of survival—and appears healthy and strong.

Seeing Springer with a calf is the ultimate sign that the reintroduction was a success. And that’s great news for other whales that may find themselves in distress!

These are just a few of the many reasons why it’s so great to be a whale in 2014. Want to know more? Want to see orcas in their natural habitat, the way they are meant to be seen? Then book a tour or get in touch with us!

Decisions. Decisions. At this time of year, Eagle Wing Tours offers a range of tour…

It’s full steam ahead for a fabulous summer!

Restrictions eased to align with BC Restart Plan Woohoo, it’s finally time to begin the…

What goes up, must come down!