VICTORIA, BC – On Saturday night at the Pacific Salmon Foundation South Vancouver Island Dinner and Auction at the University of Victoria, Eagle Wing Tours announced a new $2 per passenger ‘Whale and Wildlife’ sustainability fee, the proceeds of which will be donated entirely to the conservation of the increasingly-threatened southern resident killer whale.

Eagle Wing Tours is the first whale watching company in Victoria to launch a sustainability fee, which was first rolled out in December. From each $2 fee, the company will donate $1 to the Pacific Salmon Foundation and $1 to the Center for Whale Research, a non-profit organization dedicated to the long-term study and conservation of the endangered killer whale, or orca whale, in Western Washington State and British Columbia.

“We believe it is everyone’s obligation and responsibility to do what they can to support the sustainability of wildlife,” says Brett Soberg, co-owner of Eagle Wing Tours. “The Salish Sea has the world’s highest concentration of orcas, and it’s important that we keep it that way and work to protect our whale population. Implementing this fee enables us to make a positive contribution to programs that will make a difference for the overall health and wellness of the whales and surrounding Salish Sea ecosystems.”

Funds raised for the Pacific Salmon Foundation will go to the Salish Sea Marine Survival project, a five-year ecosystem research and habitat restoration program aimed at increasing the production of Chinook, coho and steelhead in the Salish Sea. The Pacific Salmon Foundation is a non-profit group that works to protect, conserve and rebuild wild Pacific salmon populations in British Columbia and the Yukon Territory.

“I commend Eagle Wing Tours for acknowledging a responsibility to support the marine health of the Salish Sea,” said Dr. Brian Riddell, president and CEO of the Pacific Salmon Foundation. “Chinook salmon form a major part of the diet of Killer Whales, yet Chinook numbers from many populations in the Salish Sea have been depressed for the decades. By donating $1 from each of their guests to our project, Eagle Wing Tours becomes the first eco-tourism company in British Columbia to support our research and restoration activities in the Strait of Georgia and tributary waters. We hope the example Eagle Wing is setting will encourage similar businesses that depend on a healthy ecosystem in the Strait of Georgia to do the same.”

Eagle Wing Tours has won multiple awards for its environmental efforts, like support for the global ‘1% for the Planet’ movement, and for being Canada’s first and only whale-watching company to achieve carbon neutrality by offsetting all corporate greenhouse gas emissions. Since 2012, the company has raised $32,000 that has been donated to non-profit groups dedicated to the pursuit of environmental sustainability. The company projects $50,000 in donations this year.

Since starting Eagle Wing Tours in 2005, Soberg and his business partner, Don Stewart, have held a deep respect for the marine environment. The company goes to great lengths to minimize the environmental impact of every aspect of its operations, from using clean Volvo diesel engines that provide the lowest emission rating of any whale-watching company in Victoria, to adopting a unique scarab and catamaran design for their vessels that reduces engine noise and minimizes underwater sound, wake and shoreline erosion. 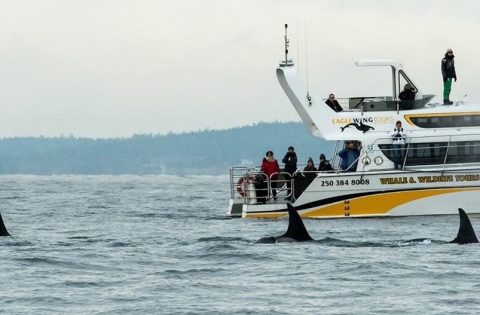 How does whale watching affect the whales?

We’re often asked by concerned guests whether our activities affect the whales. We appreciate these… 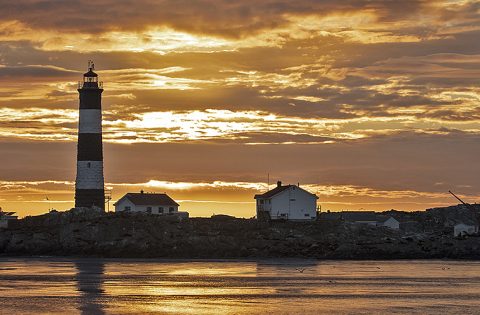 Decisions. Decisions. At this time of year, Eagle Wing Tours offers a range of tour… 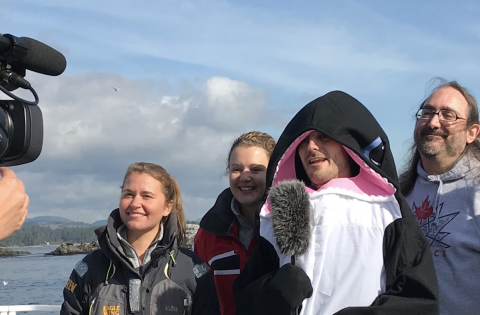 All Aboard our Floating Classroom! 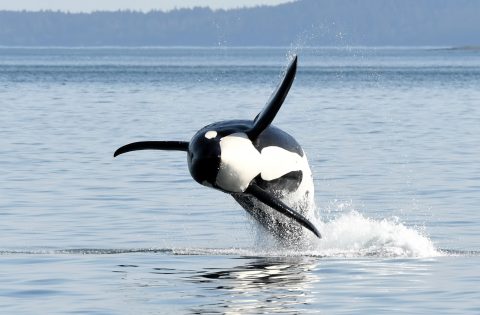 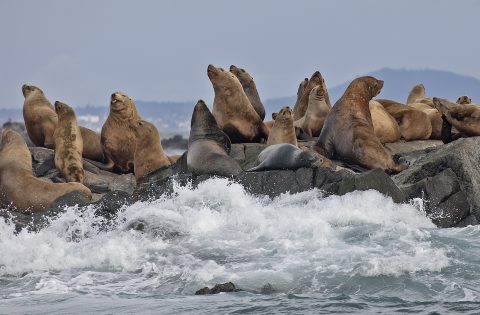 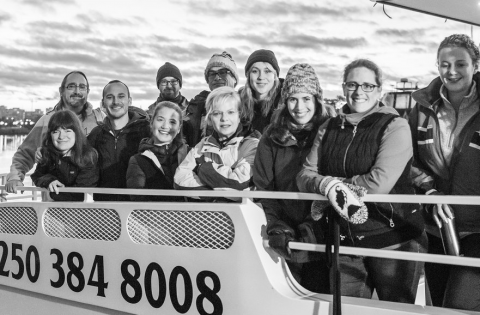