In celebration of the International Day of the Seal, it’s time to pay tribute to an endearing marine mammal we see regularly on our whale watching tours from Victoria.

They’re whiskered, pudgy and look like spotted sausages. They’re also pretty cute, although some fishermen don’t seem to think so. Whether you love them or not, harbour seals are an essential part of the Salish Sea ecosystem. They’re also superbly adapted to life as a predator in the marine food chain.

If you’re 1.5 metres in height and weigh roughly 80 kg, then go and lie on a rock and, presto, you’re a human imitation of an average-sized harbour seal. Well, not quite. We’re assuming you don’t have that rotund, torpedo body shape, webbed flippers, speckled fur and a blubber layer roughly one-inch thick around your entire body.

We’re also assuming you don’t have large googly eyes to help you see at 300 metres deep, hearing that is 14 times more sensitive underwater, or long stiff whiskers to help you “feel” the vibrations of your food. And we’re betting you can’t hold your breath for 25 minutes by slowing your heart rate by up to 90 per cent!

For harbour seals, there’s none of this migrating south nonsense. Nor do they travel to breeding sites hundreds of miles away like their sea lion cousins. Nope, everything happens here in their own backyard.

Sure, individual seals move around locally depending on what the tide is doing, where the food is and what season it is. That makes sense. But they but tend to stick within 10-20 km of where they were born. And about 80 per cent of their lives are spent in the water. The rest of the time they’re on the seal “couch”—dozing at favourite resting spots called haul-outs.

Unlike their noisy sea lion cousins who like to pile on top of each other (while bickering constantly), harbour seals don’t like each other much. Sure, they hang out at haul-outs together—safety in numbers and all that—but NO TOUCHING PLEASE! Disputes over rock space involve snorting, growling, biting, head-butting and flipper-waving. Like, get out of my space, buddy.

That is, unless it’s breeding season. See #5

Think how great it must be to have your food virtually swim by your face. Harbour seals need to eat about 3-5 kg a day and fortunately, the Salish Sea has lots to offer. On the menu are 48 species of fish—herring and hake are especially yummy—as well as squid, octopus and crustaceans.

What about all the salmon they eat, you’re thinking? In reality, salmon make up only a small fraction of a harbour seal’s annual diet.

When they want to attract and get the girls, male harbour seals don’t bother with land territories or harems. Nope, into the water they go where they defend underwater territories or “maritories” and compete for the attention of passing females. All the romancing takes place in the water.

What exactly is alluring to a female harbour seal? Apparently, it’s flipper-slapping, hind flipper throws and an underwater roar that can last for up to four seconds. Pretty sexy stuff. And if another male happens by? Conflict, of course.

So if you’re out boating or kayaking in August and see lots of seal thrashing and splashing, that’s likely what’s going on. Just sit back and enjoy the show.

Okay, so the female seal was captivated by the flipper slaps and now she’s in a family way. Sort of. The thing is, harbour seal pregnancies last only 10 months, yet every seal gives birth at the same time of year. How does that work?

Here’s how. After mating, the fertilized egg enters a suspended state for two months, then implants and develops into a fetus. Its called delayed implantation. Sound weird? All seals and sea lions use this neat trick!

Pups are born in the Salish Sea from late May to early August. Mom nurses her baby for about six weeks on a 50 per cent fat milk diet. By comparison, heavy whipping cream is 36 per cent fat. Once the baby is weaned, it’s on its own.

7. They’re essential to this ecosystem

Harbour seals have been getting a lot of bad press. We hear about a “population explosion” and how they’re eating up all the salmon. But here are some facts. We’ll let you decide.

Yes, seals eat some salmon. So do blue herons, mergansers, bears, eagles, killer whales, many species of fish—and humans. Marine food webs are very complicated with byzantine networks of interactions that we’re only beginning to understand. For example, harbour seals consume a lot of hake, a major predator of young salmon.

Many factors are causing the salmon decline, mostly human—global climate change and warmer ocean temperatures, habitat loss due to logging, dams and coastal development, decades of overfishing, and disease and parasites spread by fish farms. The list goes on.

Yet history is at risk of repeating itself. In the late 19th century, fingers were pointed at seals as competitors for salmon. A century of ruthless bounties and culls followed. By the time seals were protected in Canada in 1970, the population had plummeted to less than 10 per cent of its historical size. Yet there was little evidence that this helped salmon stocks.

By the late 1990s, harbour seal numbers had recovered to about 105,000. Then they stopped increasing. Why? Mainly because the mammal-eating Bigg’s killer whales—which rely on a healthy seal population for food—are doing their job. They’re naturally regulating harbour seals—without any help from us. Imagine that!

Every ecosystem has natural checks and balances. Every time we tinker with it, there are always consequences. So next the time you see a seal, we encourage you to think about that lesson. And to celebrate this remarkable animal for the important role it plays in keeping our marine ecosystem in balance and healthy.

To arrange a tour give us a call or book online! 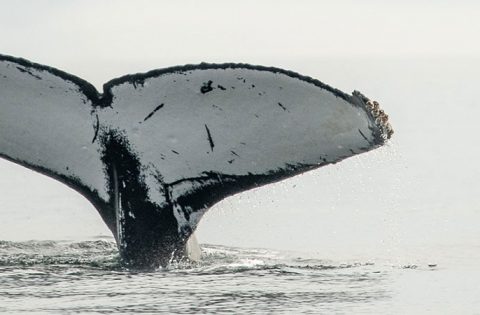 Top 7 reasons to go whale watching during the… 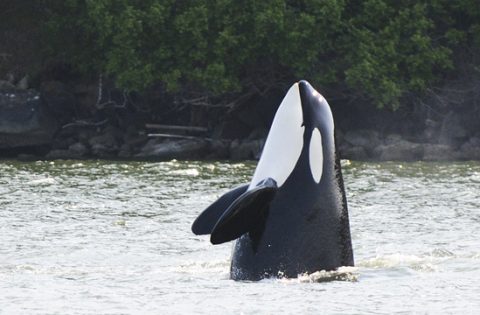 “We have a lot of work ahead of us. It's important that we power ahead… 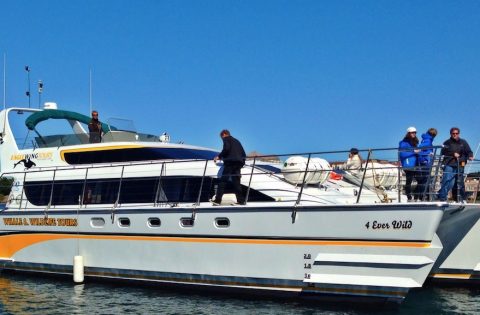